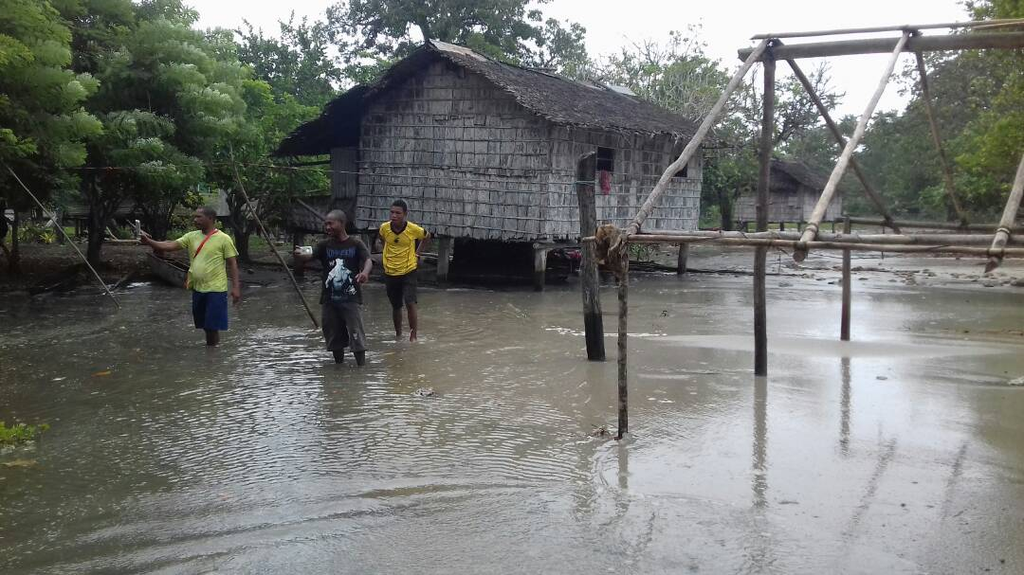 Last week Cool Earth’s partners in Papua New Guinea suffered one of the most extreme king tides on record. Surging waters flooded the coastal communities, with Gadaisu village being the worst affected.

These annual super-high tides are capable of travelling up to 100 metres inland, inundating water sources with undrinkable salt water and damaging everything in their path. Homes and gardens are flooded every year, crops are wiped out and the wreckage and displacement takes months to fix.

In the most extreme cases, families are forced to abandon their homes and relocate further inland.

The impact of king tides lasts long after the water has receded. Previously thriving vegetable plots can become barren, swampy breeding grounds for malaria-carrying mosquitos and fresh water sources can be left contaminated.

Thanks to Cool Earth’s supporters, Wabumari has brand new water tanks so their access to clean water hasn’t been affected by the tide. Both villages also have an emergency fund in the Community Association’s bank account, so rebuilding should be a much quicker process than previous years, even though the destruction is greater.

The coastal communities of PNG are extremely vulnerable to the effects of climate change. As in most coastal areas, rising sea levels are becoming a particular problem. 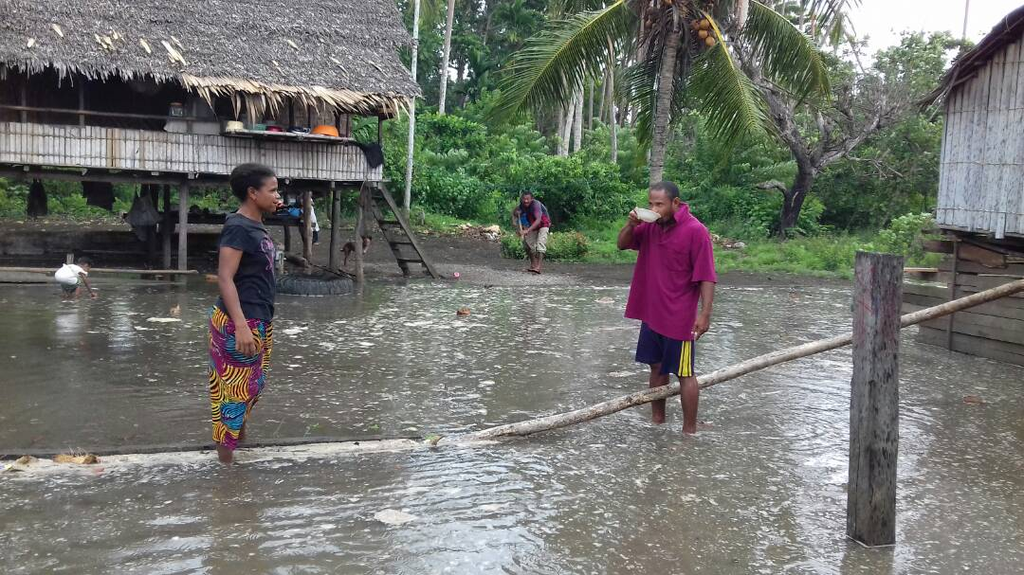 Villages like Gadaisu contribute little, if anything, to the causes of climate change, yet are the first affected by its impact. Cool Earth works with communities to strengthen their livelihoods, which in turn helps them to withstand extreme weather and improve their resilience to climate change.

It is imperative that we act now to support Gadaisu in protecting the extraordinary ecosystems they call home.

Help to protect rainforest communities against the effects of climate change

Do not know how to handle this shortcode.

International Women’s Day 2021 Being the majority of the world’s poorest, women are facing higher risks and suffering greater burdens from the impacts of… March 8, 2021
Milne Bay News