Clean air is a human right.

It’s also a necessary precondition if we are to competently address escalating climate change.

Air pollution does not only damage human health, research shows it is harming rainforest, wildlife and hampering the economy in many ways.

It may be obvious, but trees are vital for improving air quality. 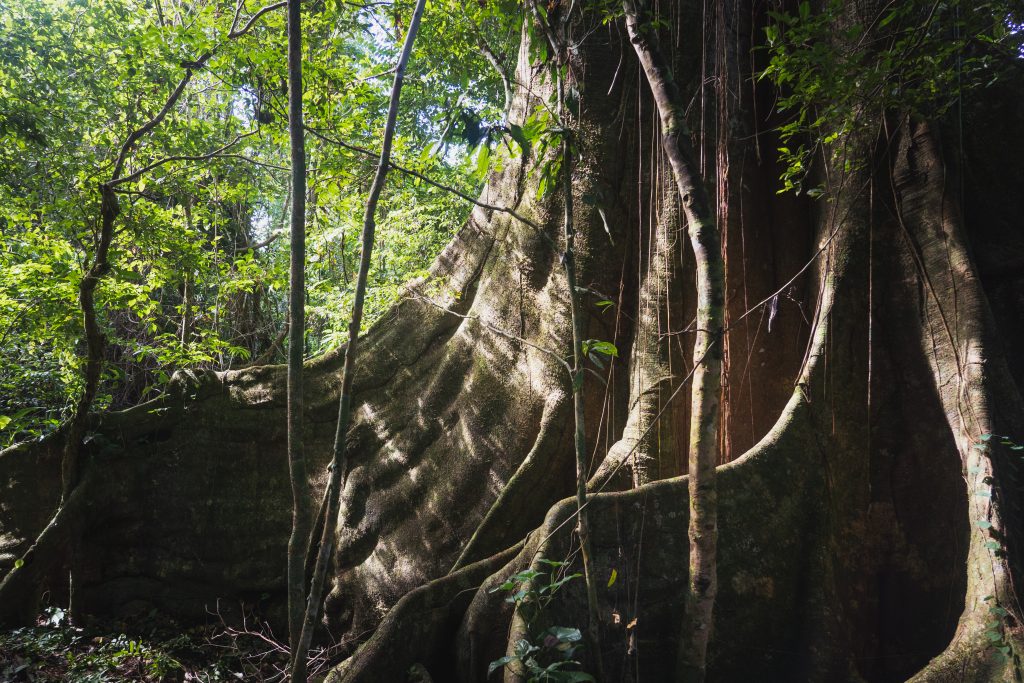 The buttress roots of a mighty mashonaste tree in the forests of Tinkareni, Peru.

There are many ways that the air quality influences, and is influenced by, trees and rainforest around the world.

Forests act as carbon sinks and can remove pollutants from the atmosphere, making them a highly versatile tool to fight air pollution and mitigate climate change. Every year, the world’s forests absorb one-third of the carbon dioxide released from burning fossil fuels worldwide.

Trees are key in reducing air pollution. Particulates that are particularly damaging to the lungs are retained on tree surfaces, while leaves act as filters, absorbing polluting gases.

Air pollution is a hidden killer, affecting the world’s most vulnerable. For those who rely on charcoal daily to cook their food, this results in a staggering 4.3 million early deaths worldwide. Cool Earth partners with FFI in the Democratic Republic of Congo, where 90% of people cook on rudimentary stoves. A community-led project in Lubutu reduces firewood use through the introduction of energy-efficient stoves. So far, 811 stoves have been built. With a 50% reduction in firewood collection, it’s not only good for reducing pressure on the surrounding forest but also improves people’s health too.

Aerosols over the Amazon.

Tiny pollutants from cities are being spread hundreds of miles to the Amazon rainforest. And when they react with sunlight and volatile organic compounds from vegetation, chemicals are produced that can influence the local climate, although small, these aerosols have a substantial influence on cloud formation. In turn, the rainforest has a strong influence on climate regulation worldwide, and pollution effects observed in this region could also trigger climate shifts globally.

Cutting the sources of pollution and cleaning up our air will help in the fight against climate breakdown the biggest environmental problem we face. Along with the need to switch to clean energy sources, forests are effective and natural allies in the fight for cleaner air—and their protection is essential to ensure a sustainable future for the communities that depend on them.

With your support, Cool Earth is doing just that.

By supporting rainforest communities to develop year-round sustainable incomes, we’re helping reduce pressure on the forest. If families have a reliable income, the need to sell trees for cash or hunt bushmeat for protein isn’t there anymore, and the forest has a better chance of staying standing. Good for the daily lives of those who call rainforest home, and great for air quality right around the globe.