From Scotland to Georgia the two completed a whopping 10,423 miles in a Nissan Micra – covering 20 countries in 28 days.

We caught up with Chris who took part in The Adventurist’s Mongol Rally Poles of Inconvenience with his cousin Marc in July 2022.

1. Can you tell us a little about the Mongol Rally Poles of Inconvenience?

The Mongol Rally POI (Poles of Inconvenience) was the collective brainchild of the participants of the Mongol Rally. As launch day drew closer and the political landscapes shifting in Russia/Ukraine, as well as the global impact of Covid-19. The decision was made to not cancel the Mongol Rally, but to re-imagine what it could be within the limitations the world had left us. This left the Adventurists with a short time frame to throw together a rally worth taking part in. The Pole of Inconvenience was the result. The poles were geocache points on the map. We were given the coordinates and free reign to reach them…so of them, based on the name, were incredibly inconvenient to get to, and pushed our cars, and teams to the limit! With over 40 POI scattered across Europe & beyond, the world once again became an explorers’ playground.

2. What was your motivation for taking part?

Our motivation to tackle the POI was a result of the growing frustration of being locked down. Human beings are meant to explore and have new interactions, and experiences. It’s what gives us life, and lets us live. We also had the charitable side of it, we wanted to raise money & help out Motor Neurone Disease through the My Name’5 Doddie Foundation, and we were able to raise in excess of £6000. As well as this, we honoured our pledge to raise money for Cool Earth, to give back to the planet.

3. How did you come up with your team name?

We copped out a bit on this. We didn’t go for funny, or whitty. We went with the simple Mongolian Pun – Yes We Khan – really original, clearly. It was also our approach to the fundraiser, that we Khan stop climate change, and we Khan cure MND.

4. What did you have to do to prepare?

The journey was incredible, but mentally taxing and draining. Far more taxing than I think we envisioned. Sitting in a car with no A/C for up to 6-8 hours a day in the Turkish heat was an experience, unlike many others. Some days you were genuinely getting cabin fever, and feeling rather delirious in the sun, nothing an ice-cold beer couldn’t fix!

5. What was your favourite part?

Favourite part was experiencing the locals of various countries, and finding little hidden gems of beauty around the world. A few stand-out countries being Albania and Austria – two places in which we had a fantastic time exploring the hillsides, and nearly setting the car on fire coming down a mountain road. 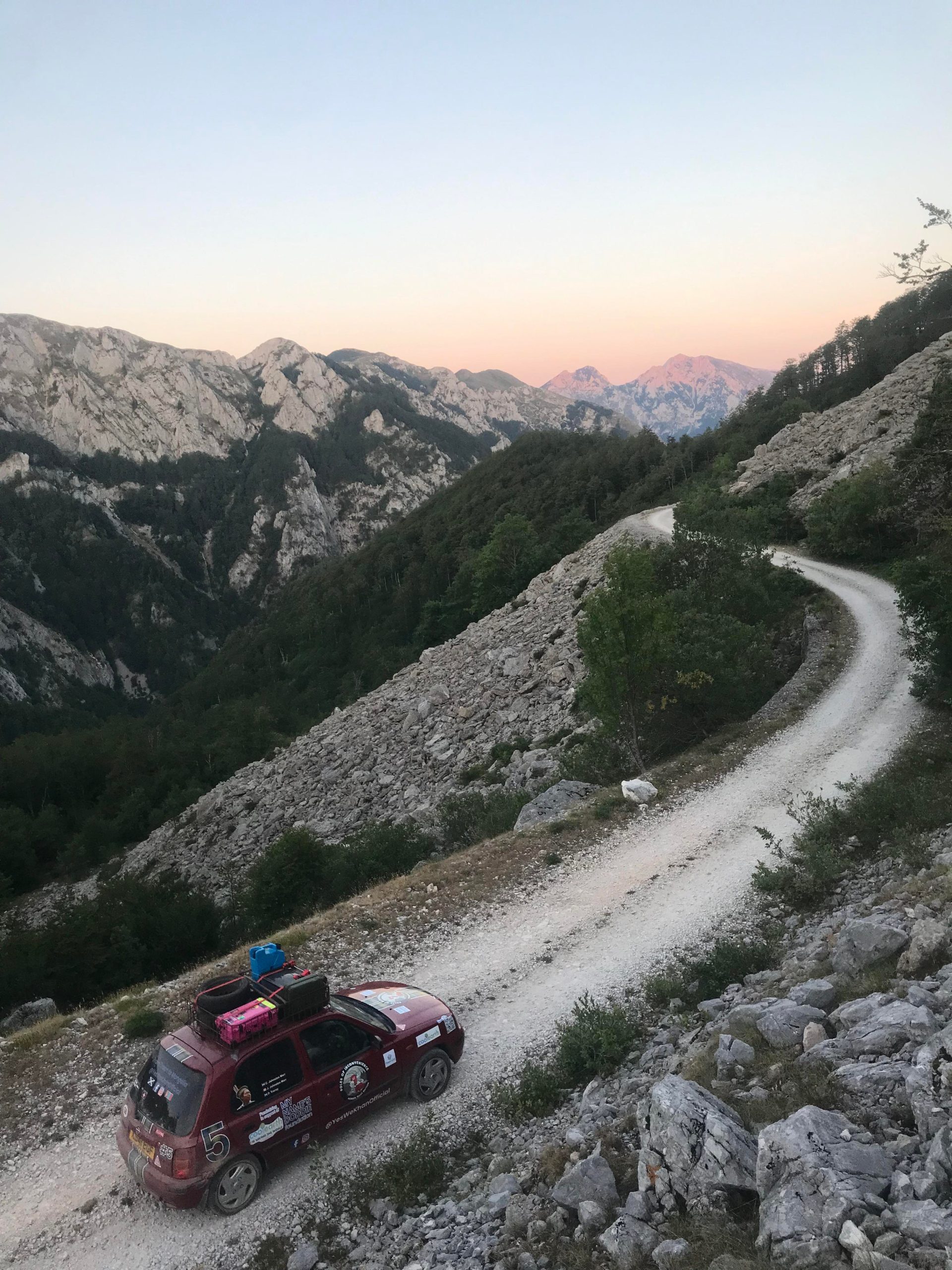 Least favourite part of any trip – the bureaucracy. Waiting for hours at endless borders, car searches, drug stops, having passports taken away, having to drink a gallon of water to prove we weren’t sneaking in additional fuel without paying taxes (although we did that as well). Oh, did I mention waiting at borders?

7. Do you have three top tips for people taking on a challenge like yours?

Don’t over prepare! It can seem like with so much to do you’ll want to have it all planned down to a T. In theory, this will avoid stressful situations, and overpaying for vignettes, or just being ready for anything. But, it’ll all go wrong regardless! Plans change on a whim in this adventure. You meet up with a team and decide you just have to go to Rotterdam now instead of heading further east! Things will go wrong on this trip, the more wrong it ends, the more fun you’ll have! Embrace the chaos and enjoy the ride!

Laugh and cry! There are moments on this adventure where you might be pushed to your limits, and you’ll snap! Laugh and cry your way through it, it’ll only make you feel better!

Help out when you can! Being a rally car, with umpteen tools to get us out of a jam had us feeling pretty smug when we saw fancy cars in Turkey consistently breaking down. Go with your fancy tools, and help them out. Helping locals out of a jam were some of the most fun and funniest memories of the trip. Locals are in disbelief that you’ve driven 10,000 miles in a rust bucket to their country (which shouldn’t have made it off your street) and here you are their knight in shining armour.

8. Why was it important for you to fundraise for Cool Earth?

Fundraising for Cool Earth made sense given part of our trip is causing damage to the environment. We’re driving petrol and diesel engines around the world, on a jolly and sadly killing the planet. It became more apparent how important it was whilst we were out there. We experience droughts, rivers that had ran dry, wild fires all over northern Greece, Albania and Turkey. Once you’re driving in and around wild fires and seeing the climate changing in person you truly feel the importance of it. We’re the guardians of the planet, we don’t own any of it, and it’s our responsibility to look after it.

9. How easy has it been to involve others and fundraise?

Fundraising was a completely new challenge for myself, and one that did not come easy. Personally, I hate asking people for things, I feel guilty, especially as part of this trip/challenge involves me going off around the globe on a jolly essentially, but also it’s hard to raise money for projects. Not everyone agrees with climate change or MND, so you’re constantly emailing, phoning, and trying to sell people on the idea that they can be really helpful by donating, and that money is put to such good uses, that they can help the problems. It doesn’t always work, and you can feel like you’re going nowhere with it.

10. Any top tips for other people thinking of fundraising?

Hustle hustle hustle. Phone, emailing, flyers, podcasts, youtube, twitch. Try everything you can to make noise about your goals, make them simple to understand and really try to get people on side. If you’re running a marathon, show people the training videos, and show them how gruelling the training is. Seeing you suffer for your cause helps bring people on side. Show off the charities, show the good work they’re doing so people can see where their hard-earned money will go. 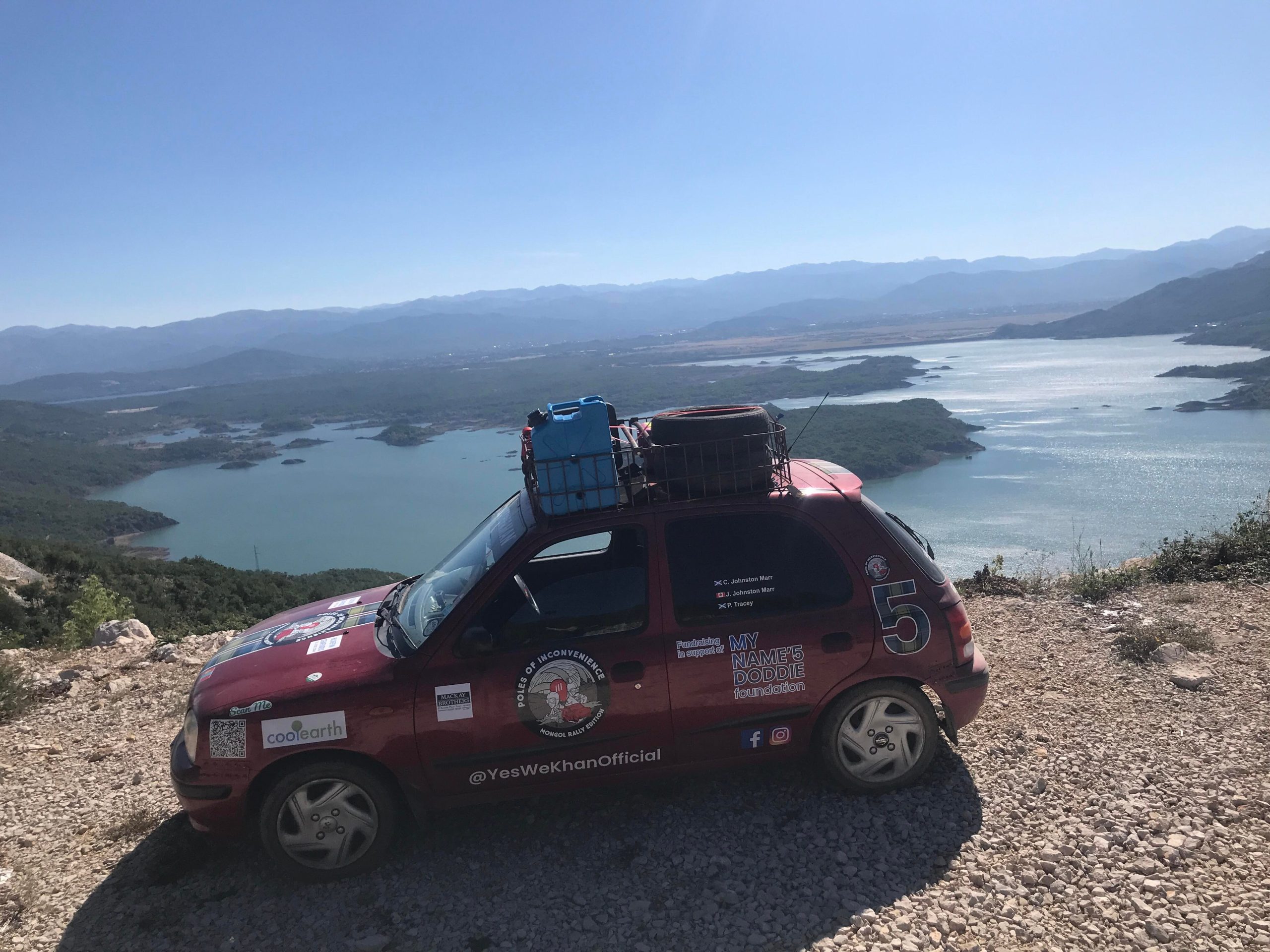 Inspired to take on an epic challenge for climate change? Find out more about The Adventurists here.