With COP 15 well underway and we wanted to hear some voices from the people attending.

We reached out to Marco from Ecuador who is in Montreal with a delegation of youth activists. And what better way to focus on the future, than by speaking those who we think will lead the way. 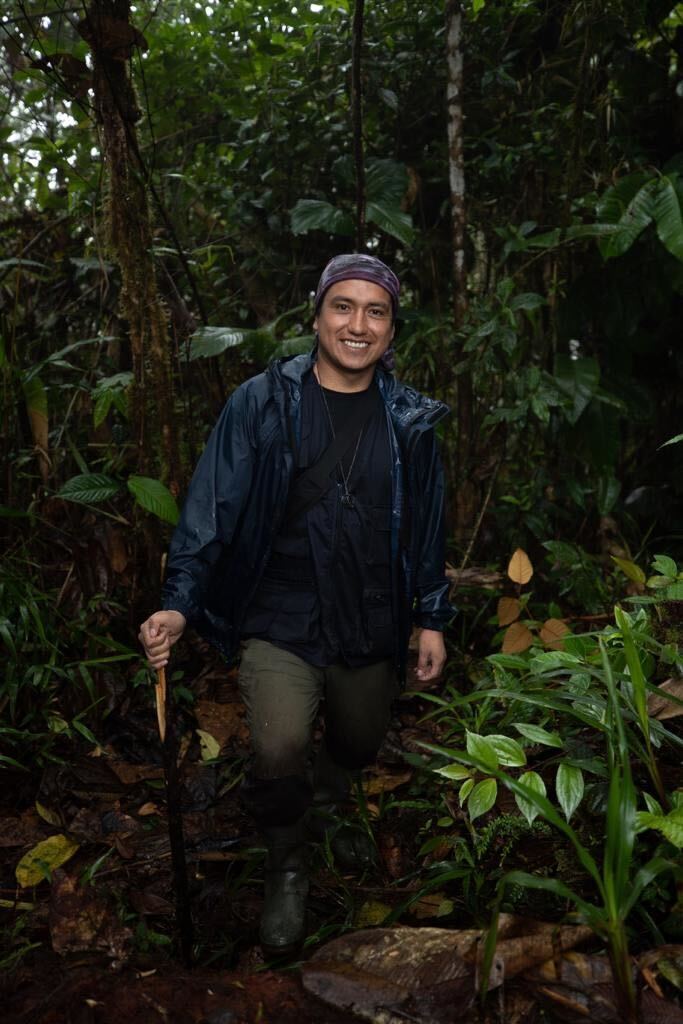 Marco is an Ecuadorian researcher specialising in the orchid family. He has described several new species of orchids from Ecuador, with a particular focus on endemic orchids in Ecuador’s Tropical Andes cloud forests. He is a board member of Fundacón EcoMinga and a Reserva: The Youth Land Trust council member, and collaborates with local organisations to develop protection actions in threatened areas within the Ecuadorian Tropical Andes biodiversity hotspot.

So lets get to it, read on for our Q&A with Marco:

Youth-led activism is a visible part of COP15, why is this important in this stage of the conversation? Is it tokenism or will it change things?

It is important because we’re able to contribute in all fields and we are already doing so. Across different parts of the world there are many young people who are leading conservation and development projects and the results are being looked at. I hope that young people with all our ideas and the work we are doing can contribute and change things, however, we must remember that the final decisions are not made by us. The thing we can do though is to continue working from the different places we find ourselves in, that is our revolution.

Are young indigenous peoples very involved in the conversations at COP15? What are they hoping to achieve? How did you feel about Justin Trudeau’s speech being interrupted by young indigenous activists from Canada’s West coast?

Indigenous people have the only decent track record of keeping rainforest standing. Why isn’t this a more prominent foundation for discussions at COP15?

I think that the way to manage and take advantage of the rainforest resources that Indigenous peoples have is based on compensating their needs and not accumulating wealth or capital. However, the discussions are usually based around “businesses” that look to carry on with a development model under which our way of taking advantage of those natural resources is to exploit them, it is the reality and something we have been doing for a long time. That is why we go on with these negotiations and have the same problems we started with at the Earth Summit, alongside even more.

As long as we continue negotiating and analysing which economy can be less affected by the decisions that are going to be made to “save our planet”, we can’t make a real change. It sounds illogical, but that’s how I see it and I think that most of the young people who are participating in COP do as well. Our planet has already lost too much, I think it’s only fair that we lose a little too.

Last month, the world met in Egypt to tackle climate change. Today, we’re in Canada talking about biodiversity. These issues are intrinsically linked, as we all know. Why work in silos? When do we realise efforts need to be greater but also completely inclusive and collaborative? As a youth activist, do you have much hope on this?

Working in conservation forces us in one way or another to have hope, those hopes are sustained in the different actions that are being taken in all parts of the world. We cannot say that nothing has been done, I have had the opportunity to talk and learn about the work that is being done in different parts of the world, but it isn’t enough, we could do more.

We need to work together, strengthening commitments, skills, being more inclusive and participatory. A particularly important thing is that we need to consider and take into account the needs, realities and opportunities of the different regions, countries, peoples, and sectors in order to take action. We cannot propose solutions that can only be executed in certain parts of the world. Canada’s needs and opportunities are not the same as Ecuador’s, for example.

Climate change and the loss of biodiversity are definitely more than related, their interests and actions must have the same importance. We cannot combat climate change if we lose thousands of species and ecosystems year after year. That simply directs us to a future that is not pleasant for life on the planet. It’s a sad reality that human beings are used to only taking real action once there is no more time, let’s hope that this does not happen now. Finally, the promises and challenges do not only fall into the hands of decision makers or negotiators, all of us who live on this planet can and need to take action, we cannot continue to only be observers of what is happening.